According to our data, in looking at the life expectancy of victims compared to the age they lost their lives, a total of 40,910.5 years of innocent life have been lost from mass shootings. For more data, visit http://theviolenceproject.org #lives #lost #victims #data #database Source: Twitter Return to all data visualizations … END_OF_DOCUMENT_TOKEN_TO_BE_REPLACED 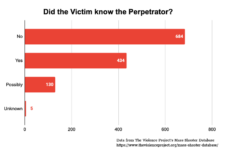 Out of 1,253 victims of mass shootings from 1966-2021, 54.6% did not know the perpetrator. #data #violence #victims #DidYouKnow Source: Twitter Return to all data visualizations … END_OF_DOCUMENT_TOKEN_TO_BE_REPLACED 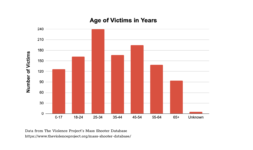 Following the Congressional Research Service definition of a mass shooting, between 1966-2020 there have been 1,215 victims ranging in age from 1 to 98 years old. #victims #data #violence Source: Twitter Return to all data visualizations … END_OF_DOCUMENT_TOKEN_TO_BE_REPLACED 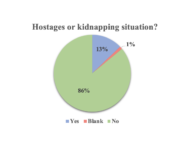 Out of 171 shootings from 1966-2020, only 22 involved a hostage or kidnapping situation #database #data #DidYouKnow #ViolencePrevention Source: Twitter Return to all data visualizations … END_OF_DOCUMENT_TOKEN_TO_BE_REPLACED

Four people are dead, including a child, and two injured after a shooter opened fire at an office building in Orange, California. According to the Orange Police Department, authorities responded to a call at 5:30 p.m. local time on Wednesday and arrived on the scene "as shots were being fired." They observed "multiple victims at the scene … END_OF_DOCUMENT_TOKEN_TO_BE_REPLACED